In developing friendships and relationships. the last thing anybody wants to deal with is a shallow person.

When trying to connect with shallow people, they only care about gossip, small talk, and anything else considered on the surface level of things.

It’s hard to deal with shallow people when you’re interested in growing and becoming the best version of yourself as the two don’t exactly align with one another.

However, this isn’t to say that they’re impossible to deal with altogether. In this article, we’ll be talking about everything you need to know about dealing with shallow people.

What Being a Shallow Person Means

Shallow people are defined as those individuals who are interested in surface-level things like gossip and drama, among many others.

No matter how hard you try to have a deep conversation with them, you’ll end up frustrating yourself in the process. the term shallow can come in several forms whether that’s in gossip, money, looks, material objects, status, and many more.

These are the things that you’ll see a shallow person obsess over and spend the majority of their time on.

When trying to converse with them, it’s practically impossible to steer them away from these things so you can’t bother talking to them about purpose, growth, or even philosophy.

When you’re someone considered as shallow, this affects the majority if not all the relationships in your life.

BetterHelp - The Support You Need Today

If you need extra support and tools from a licensed therapist, I recommend MMS's sponsor, BetterHelp, an online therapy platform that is both flexible and affordable. Get started today and take 10% off of your first month of therapy.

1. They thrive on gossip and drama

When someone is shallow, they won’t let themselves miss the latest gossip which means they’re updated with everything happening around them, even those they don’t necessarily care about.

The moment a shallow person hears gossip, they need to hear all about it, include the intricate details of that specific event.

Gossip and drama is their field of excitement.

It’s only natural that when someone is shallow, they’re also materialistic.

You will see them hoard several materialistic things and buy whatever they want, whether it’s for status, temporary pleasure, or another reason entirely.

Very rarely will you see a shallow person contemplate buying what they want to think about whether they really need that item.

3. They care too much about physical appearance

It’s okay to care about how you look every now and then as we all deserve to feel good about ourselves.

However, when the essence of your soul thrives on how you look and what you wear, these are characteristics of someone shallow.

These people care about their outer appearances without giving the same effort to how they are within themselves.

4. Their relationships are self-centered

When you observe the significant relationships in their lives, you can see that it’s self-centered.

You don’t see any give-and-take factor, which is a significant factor for any friendship or relationship to work.

With a shallow person, it’s always their needs that must be met and not so much the other person.

One of the obvious and defining factors of a shallow person is their lack of wisdom and intelligence in things.

Since they’re so focused on surface-level things, they don’t have the wisdom to process things at your level.

This is the reason behind it’s almost impossible to have conversations with them filled with depth and substance – because of that lack of intelligence to do so.

6. They will betray you

You can expect a shallow person to betray you at some point in your life because of their ability to thrive in gossip and drama.

Shallow people are those that you should be careful with the most as they tend to lean towards gossip for their own selfish gain and this includes stabbing you in the back and betraying your trust altogether.

Someone who is considered shallow will likely judge you for everything you do and this doesn’t only apply to you, but everyone in their lives.

Shallow people will always be judgemental and critical of everyone – they can’t help this personality trait of theirs.

They thrive in conflict so it’s only natural that they’re judgmental.

8. They love being the center of attention

When people lack the depth or understanding to pursue meaningful things in life, this comes with loving being the center of attention.

Shallow people love being overwhelmed with attention from others, which also means that they hate being ignored above all else.

They’ll do anything and everything to be at the center of everyone’s attention.

9. They won’t build a strong connection with you

No matter how hard you try, you won’t build a powerful and strong relationship with shallow people that’s worth lasting.

It can only end up in disaster with you doing the majority of the work trying to make that friendship or relationship last.

Shallow people aren’t capable of being intimate with others due to that lack of substantial aspect.

Whatever you have to say, shallow people will do everything to get the attention back to them which makes them very bad listeners.

They don’t listen because they genuinely value what you’re saying, but they’re likely listening just to respond and get them to talk more about themselves.

Listening is merely an opportunity for them to think about how they’re going to make the central topic all about them. 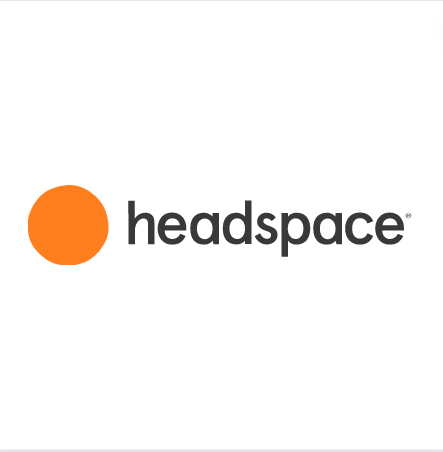 Meditation Made Easy With Headspace

Enjoy a 14-day free trial below.

I hope this article was able to shed insight into everything you needed to know about dealing with shallow people.

While they aren’t easy to deal with, remember that someone being shallow doesn’t necessarily make them bad people – it just makes them more challenging to build certain connections with.

Shallow people can also still work on this personality trait of theirs and their lack of substance and depth isn’t the final thing – they can still evolve from that upon their choice.

18 Simple Things in Life That Will Cheer You Up

12 Reasons Why Life is Valuable